Oh, it’s an exciting one this week! It started with a letter from Kristy.

Anchovies are fine, and Chinese food is great. Cool letter, Kristy. Thanks for writing.

Now let’s get to Stacey’s idea. What is is going to be, Stace?

A . . . Halloween . . . Comedy . . . Club? Seriously? Who the fuck is going to book this? You guys going to have a two-drink minimum? If Jackie Radowsky starts heckling Mallory, is Kristy going to come in and throw him out?

Excuse me? You guys are the ones who came up with this idea, why are you making me do all the work? I think all the kids should just Trick-or-Treat and then get stomach aches and nightmares from too much sugar. This is your mess, don’t drag me into it. 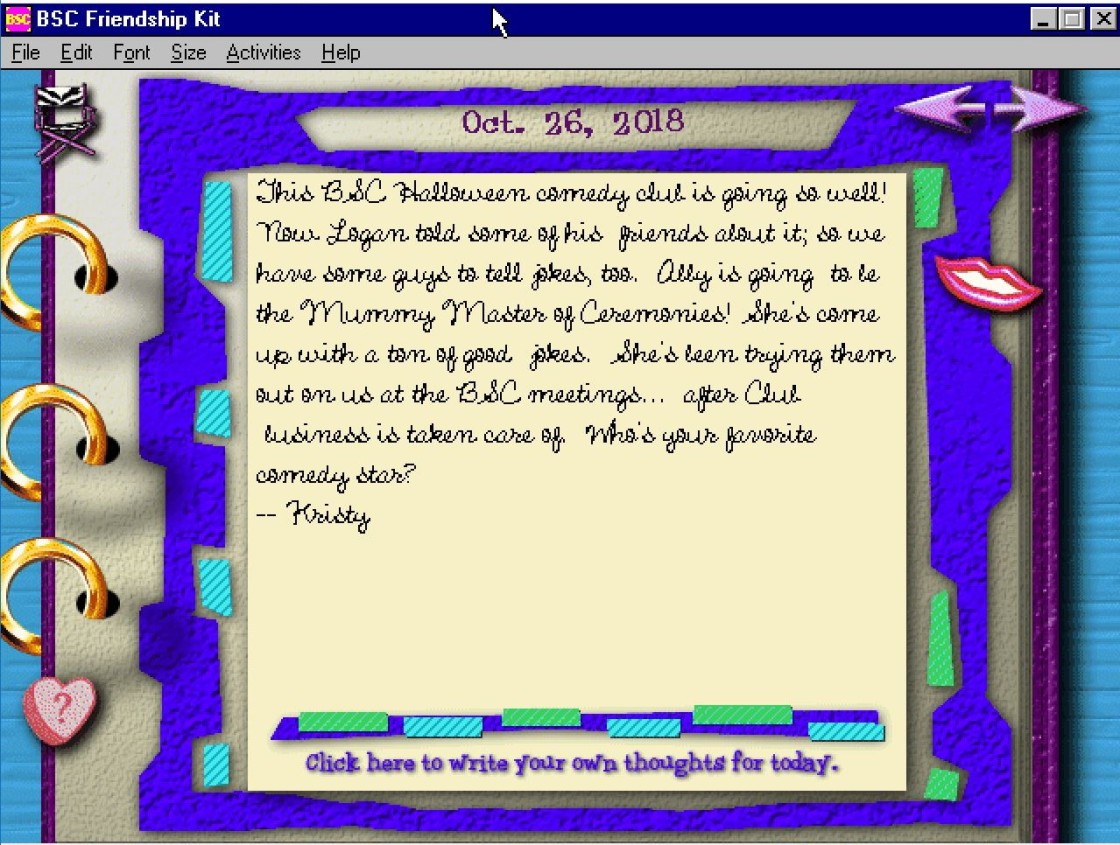 Why, my favorite comedy stars are the members of the BSC! White boy comedians who have never told jokes in front of an audience will be there! This Comedy Club is shaping up to be a Halloween Treat! Can I stop making decorations now? Also, why isn’t she the Master of Scare-imonies? I have to carve pumpkins now? I shouldn’t have said anything.

Guys? Excuse me? By “guys” do you mean me and my good friends construction paper and scissors, because I didn’t see any of you chuckle-fucks cutting anything between your jokes. 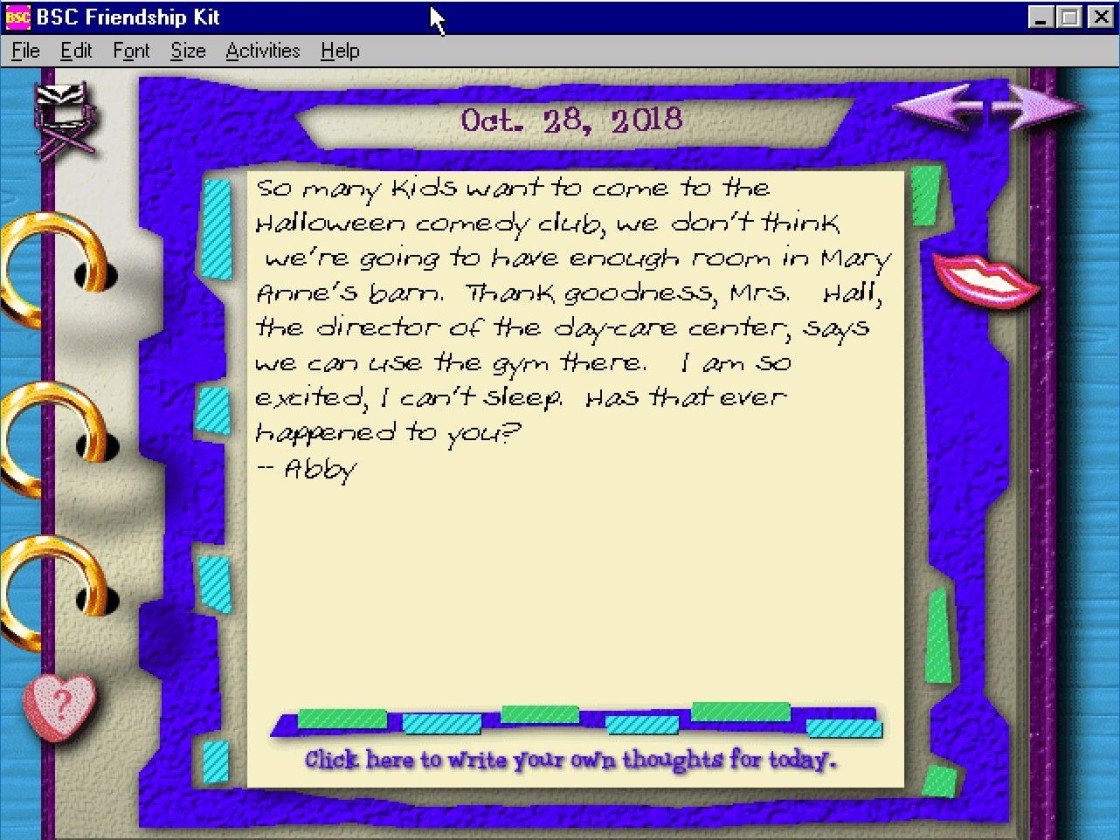 Meanwhile, I’ve had to turn away twenty-one comedians who keep asking if they can get a tight five at that Halloween Barn Show while y’all are chatting it up with daycare directors. Yes, what do you need? No, a guy who calls himself Davie Entendre will certainly not get a spot. 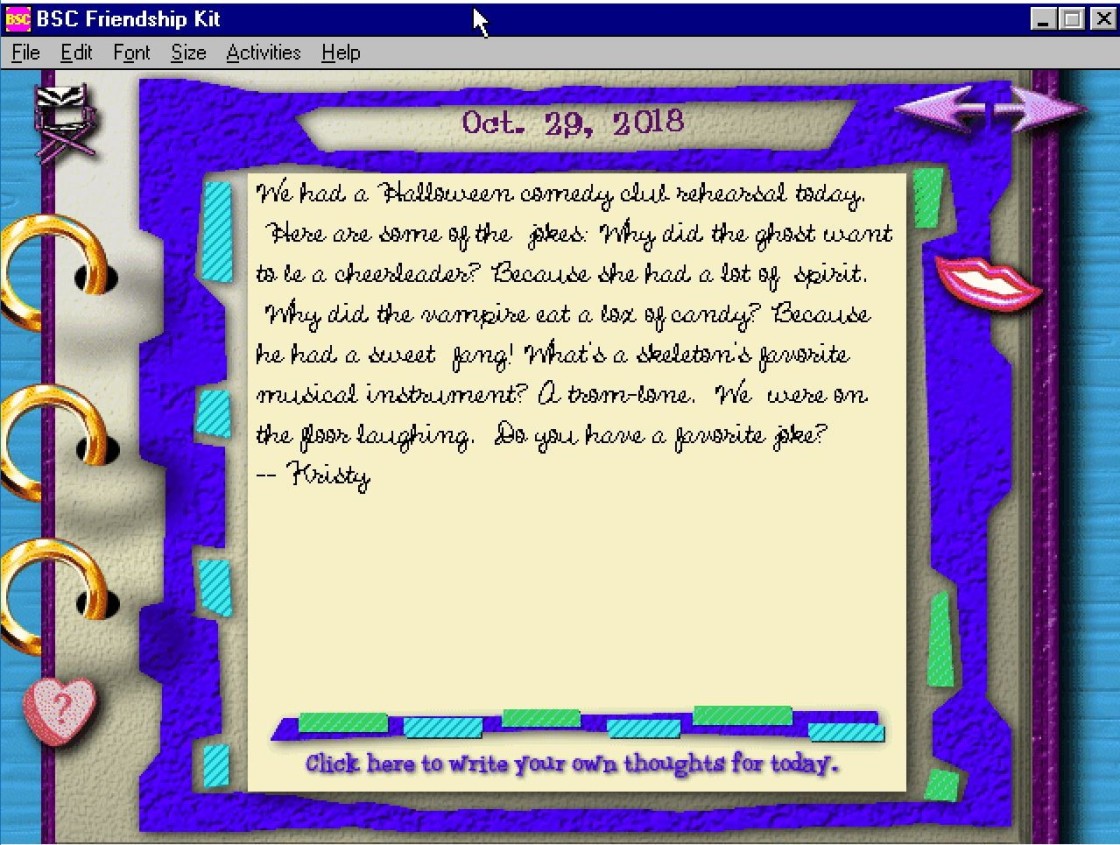 Can Mrs. Hobart make a likeness of Frankenstein out of pipe cleaners and glue? Then she’s of no use to me.