Previously On A Year With the BSC #48: Turn On the TV

It’s the home stretch of this series, people! This started at the end of June 2018 and we’ve finally come to the beginning of June 2019. Let’s see what the BSC is up to now.

Did they, Kristy? Are you sure they didn’t just say that so that you’ll shut up? Because that sounds like something I’d do. “Let’s just play her stupid game so she’ll go away and we can watch TV later.”

Also, I don’t think soap operas are appropriate activities for children. Sleeping with the next door neighbor and getting pregnant while giving him an STD doesn’t sound like something 8-year-olds should pretend. 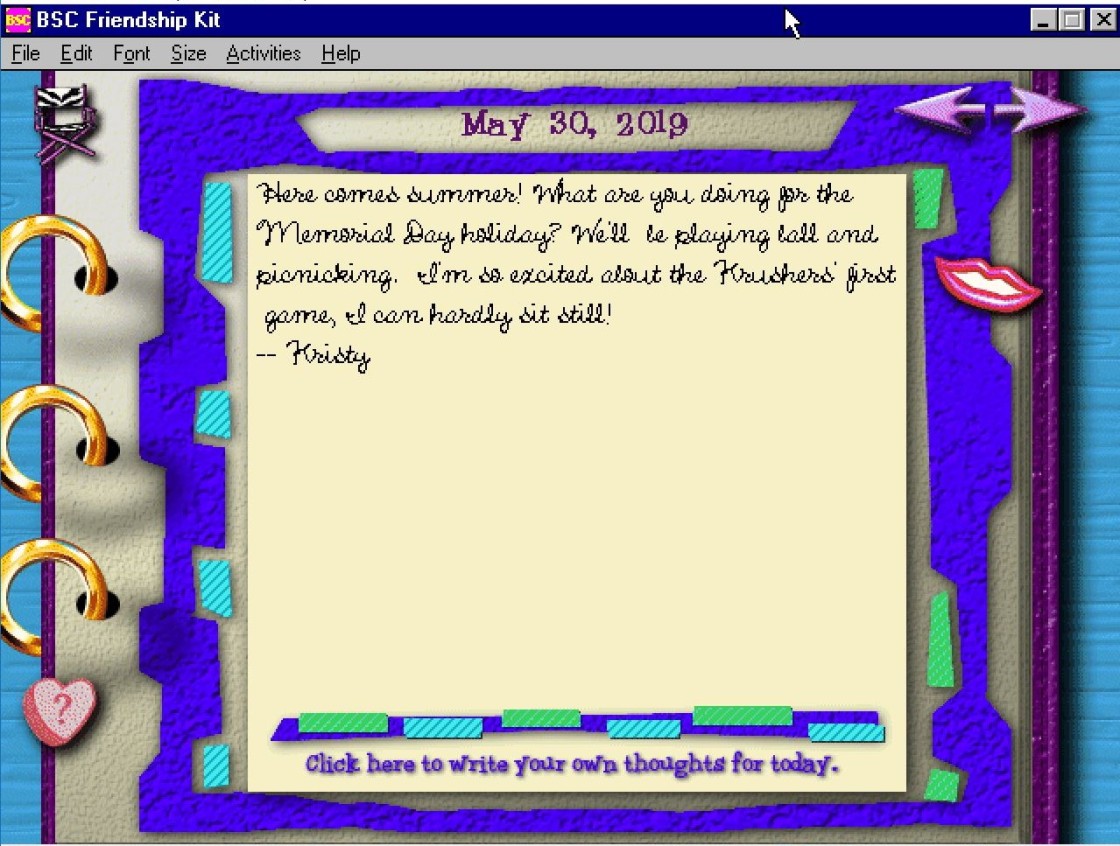 I think it just rained here, so I had a good day.

Additionally, I doubt the Arnold twins are Olympic gold medalists. For one, you have to be 16 to compete in the Olympics and, secondly, neither of the Arnold twins is named Simone. You’re fine, Kristy. They only reason they can do a flip now is that they’re so low to the ground. They’re kids. You can’t let kids push you around. You push them around. You force them to pretend-murder each other for insurance money.

Next Time On A Year With the BSC #50: Self-Promotion