It’s been a few weeks. The computer I use to run the software was out of commission. Is the BSC the same? Do they still have their funny ways? Is Mary Anne still a crybaby? Or has she grown up a little? What about Kristy? How is our favorite president? And Claudia! Has she grown a little? Decided to buckle down and study? Has she worked on her spelling?

Of course she hasn’t. And Abby is there to don her “Abbysplaining” cap. 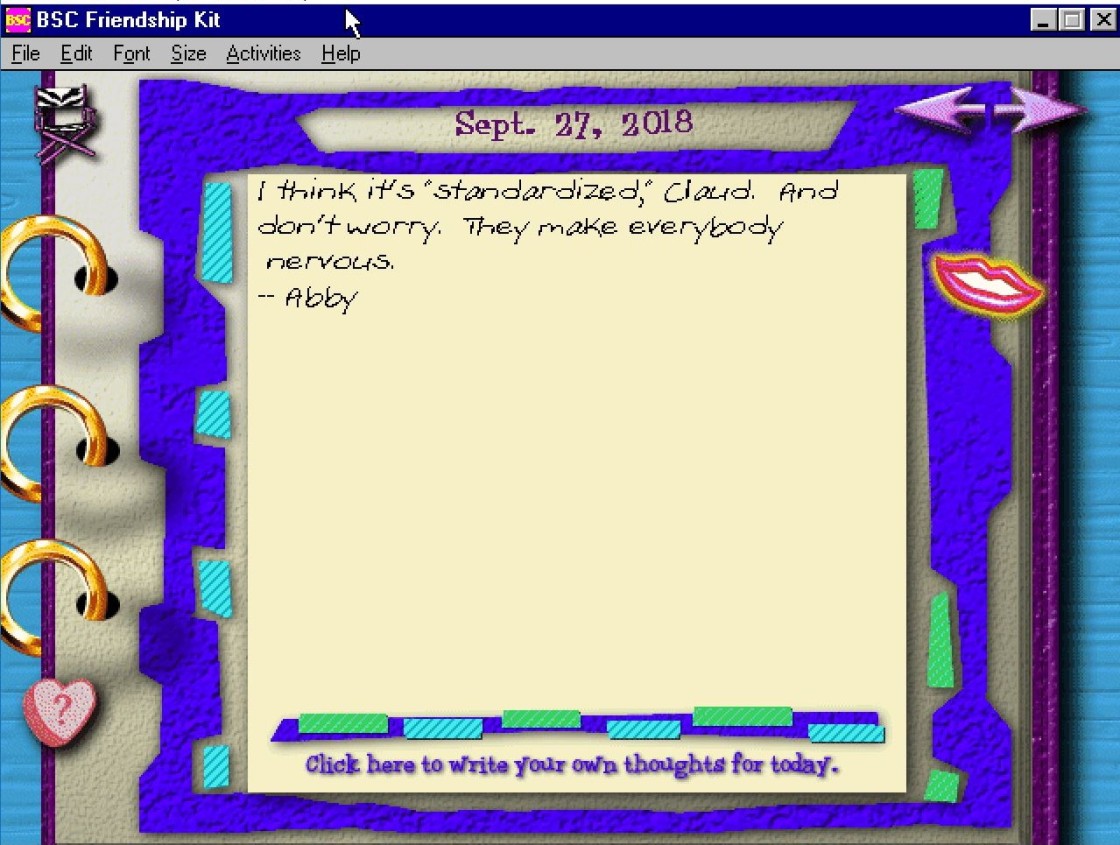 That’s not helpful, Abby. You just look like a jerk.

Meanwhile, Jessi has some legitimate concerns about the test.

Not really, since I’m past the standardized testing phase of my life. I did worry about passing my math class a few semesters ago. If you didn’t get at least a C on the final, you couldn’t pass, even if you had 100% in the class up until that point. My school is serious about math, I guess.

Kristy also did a thing.

Oh, Kristy, you did what every woman has done: laughed at a dumb boy’s joke so you don’t make him feel bad. Welcome to womanhood, where if you don’t laugh at a man’s joke, he’ll take it as an attack. This wasn’t a good few weeks for women. (Remember to vote!)

The BSC has a new problem! This time, it’s Suzi Barrett. 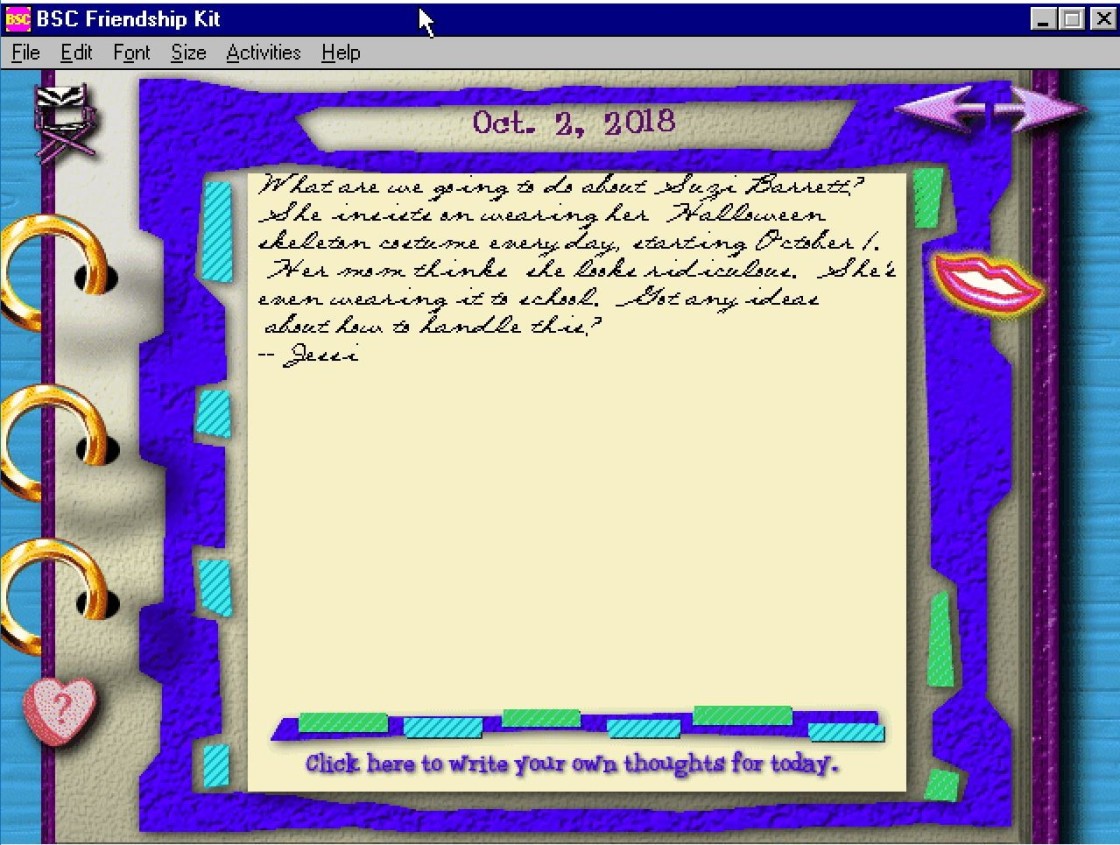 You know what? You shouldn’t do anything. Let the girl live, dammit. She’s only got a few more years of blissful ignorance, let her wallow in it. And while I’m at it, would everyone just let woman live? Like, in general? Just let us hang out with our friends and drink in peace. Stop it with the death threats. And the assaulting. Especially the assaulting. Just let women live, dammit.

Until then, let Suzi wear her Halloween costume. Hannie Papadakis can say she’s too grown up for Halloween, and that’s okay. Let her pretend to be too grown up for the best holiday of the year. (It’s true, don’t @ me.) Let the BSC worry about standardized testing. I do think Claudia should improve her spelling, though. That just seems useful. It’s very useful when you want to read a voting ballot.