It’s finals week for me but not for the BSC, apparently! For them, it’s holiday card time. 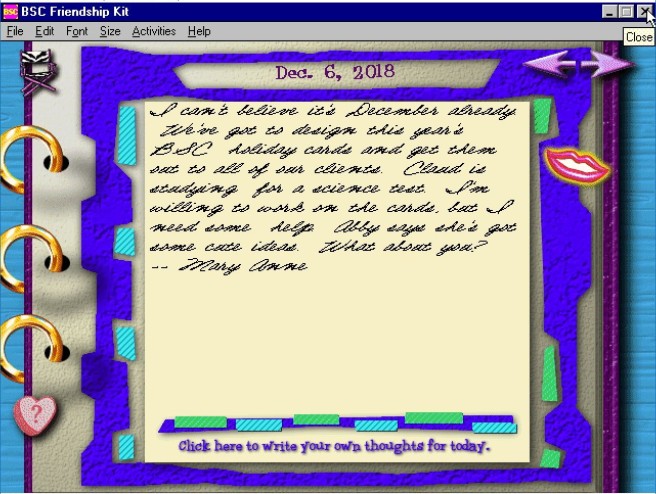 Looks like Abby is vying for vice-president again, trying to edge out Claudia. But you know what? I think Claudia doesn’t spend enough time on her studies, so maybe Abby should take over vice-presidential duties. 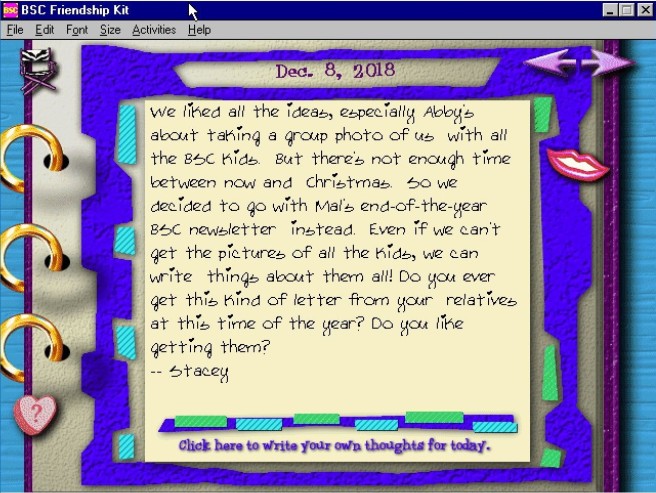 If they only had five clients, then a holiday photo would make sense. However, the BSC has, like, twenty or so charges. You try to wrangle twenty kids for one picture. I don’t think that’s a good idea, Abby. Now I see why you should be vice-president, either. Mallory’s idea is actually do-able. Maybe she should be the new vice-president. 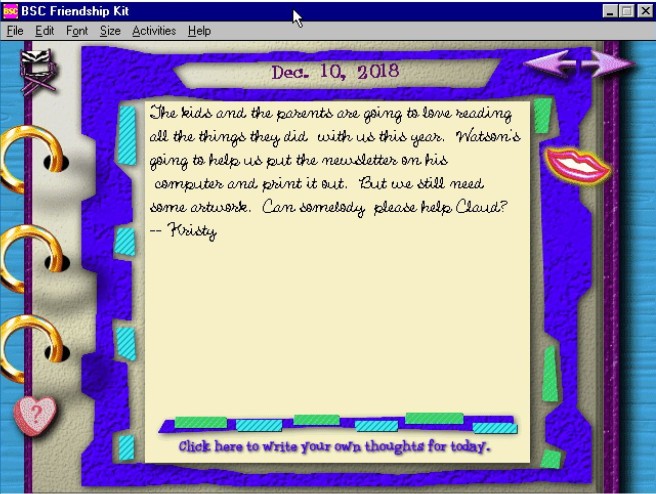 Remember when we didn’t all have computers in our purses? Before we all had personal laptops? When there was one computer in the kitchen? And you had a sign-up sheet for computer time next to it? And you had an Epson printer that printed one line three times every five seconds so it took a full ten minutes to print one chapter of your Final Fantasy VIII fanfic? Those were the days.

Published by A. A. Cowan

I'm a fucking weirdo. View all posts by A. A. Cowan

One thought on “Rereading My Childhood – A Year With the BSC #24: Vice-President Search”